We have produced reports for some big events and always set out with the ambition of producing a carbon footprint for the event (think temporary structures, outdoors, generators etc.). However, this often gets scoped out early on when the client realises the information they will need to provide or they never provide us with the information and ask us not to include a carbon footprint in the final report. The focus is understandably on ‘visible’ environmental impacts (waste, food, material use, welfare, accessibility etc.). Have you successfully persuaded a client to do a carbon footprint and how did you make this compelling?

The travel carbon footprint of the AGU Fall Meeting 2019

More than 24,000 scientists from at least 101 countries will present at the American Geoscience Union’s (AGU) Fall Meeting 2019 held in San Francisco, USA. We estimate that these scientists travel in total 244 million km to San Francisco and back, which emits 69,300 tCO2e, an average of 2.9 tCO2e per scientist. 74% of these carbon emissions result from intercontinental flights (>8000km).

Relocating the AGU Fall Meeting to Chicago, a location that is nearly optimal to minimize to total distance covered, would reduce the emissions by 12%. If the equivalent of the 17% highest emitting attendees participated virtually, the carbon emissions would be reduced by 39%. Virtual participation for 36% of the highest emitting attendees would reduce the carbon footprint by 76%. Only a format in which the conference takes place biennially in Chicago with virtual participation for 36% of attendees would reduce the travel carbon footprint by more than 90%. 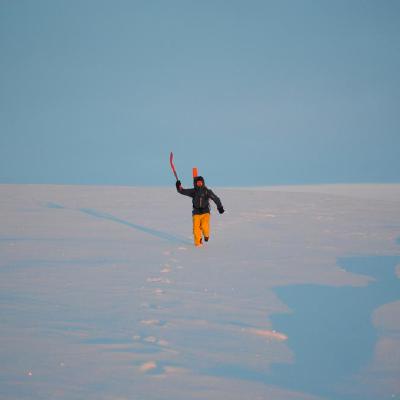 How much carbon dioxide does travelling to the annual EGU General Assembly emit and how it can be reduced to less than 5% of current emissions in short time.